Pretend For Real Studios sent us this rad rotoscope video they did of the Evil Dead 2 trailer:

The world renowned graphic designer Olly Moss has designed an excellent exclusive Evil Dead poster for Mondo that is being sold at the last showing of Evil Dead at the Alamo Drafthouse. The poster and also a t-shirt will soon be available at Mondo Tees. 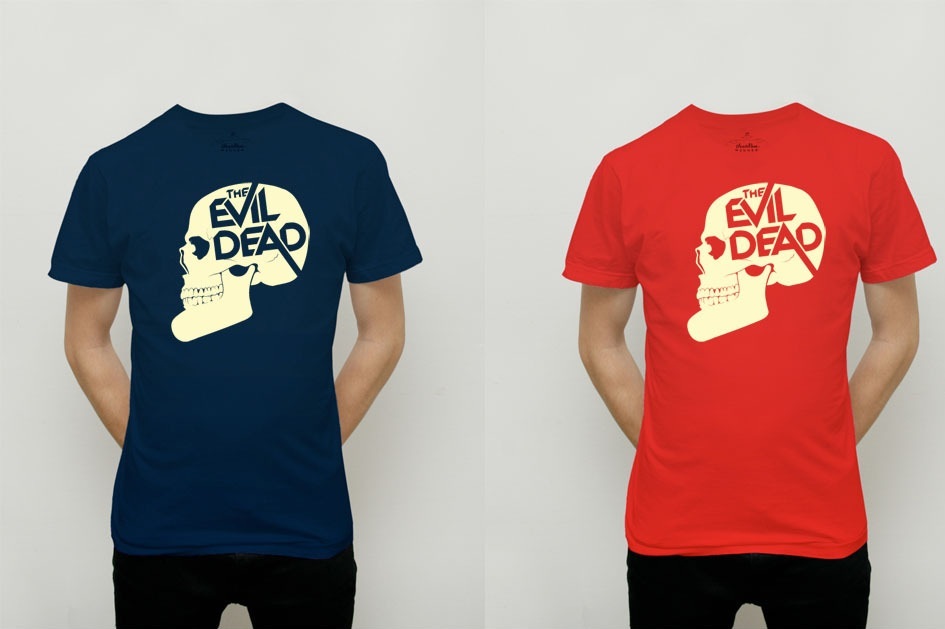 We came across Patrick Schoenmaker, a ridiculously talented illustrator and animator who has posted his Army of Darkness project on his blog. He apparrently had worked it over a period of time:

Grindhouse Releasing and Rotten Cotton have collaborated and released an excellent special limited edition Evil Dead t-shirt to commemorate the 2010 North American Evil Dead theatrical tour. These shirts are going for $19.99. Quite the bargin. Get them quick before they sell out!

London-based pixel artist Gary J Lucken has posted some amazing mock-ups of a 16-bit Evil Dead RPG on his portofolio site Army of Trolls. Too bad the game isn’t real. Maybe a game studio will see his awesome work and make the game a reality.

Josh Becker has started offering his old Super 8mm films on DVD including Stryker’s War, The Blind Waiter, and Thou Shalt Not Kill…Except. This super 8mm version of Thou Shalt Not Kill…Except. features Bruce in the lead role, who was unable to make the transition to the feature as it was a non-union shoot. Holding It and The Blind Waiter also star Bruce and other Evil Dead alumni, including Sam Raimi and Scott Spiegel. Josh is also offering two of his feature films, Lunatics: A Love Story and If I Had a Hammer on DVD for the very first time. Each disc goes for $20 plus 3 for shipping.

Evil Dead 2 and Sam Raimi Mentioned on the Oscars

For anyone who didn’t catch the Oscars, Evil Dead 2 was featured for a split second during the Horror movies tribute. Sami Raimi also got a shout out from the editors of the Hurt Locker who won for best editing. They attribute their big break in the film industry to Raimi.

If you’re lucky to live in Austin, TX, the Alamo Draft House is hosting an Evil Dead Trilogy triple feature screening (35mm prints) on March 26th! Tickets are just $15 for all three films or $7 for each individual film(if seating is available).